The Tokyo Caravan public workshop was held for three days from Oct. 8-10 at the Komazawa Olympic Park special venue (nanshiki baseball ground). A total of 32 artists gathered in response to invitations from Hideki Noda (playwright, director and actor), Katsuhiko Hibino (contemporary artist) and Kohei Nawa (sculptor). Under the concept of culture is traffic, six workshops were held which explored the possibilities of Tokyo Caravan, which would officially kick off in summer 2016.
Daisy Balloon was in the fourth program, Vehicles Crossing Vehicles, in which vehicles pass each other to represent culture in the making. Vehicles would come and go to the music and video, and amongst the vehicles were balloon cars created by Daisy Balloon, appearing from stage right and left. Then, at the junction of the two cars crossing, out came people wearing balloon dresses. Like the transformation and adaptation that follows birth from a cocoon, culture is created through a repetition of crossings. This concept was key to the production. 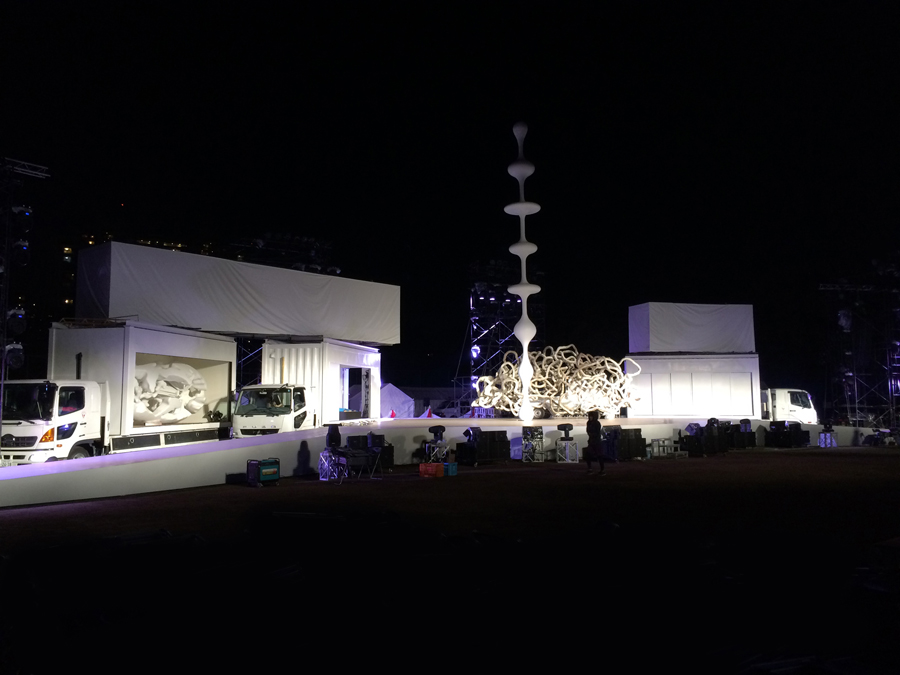 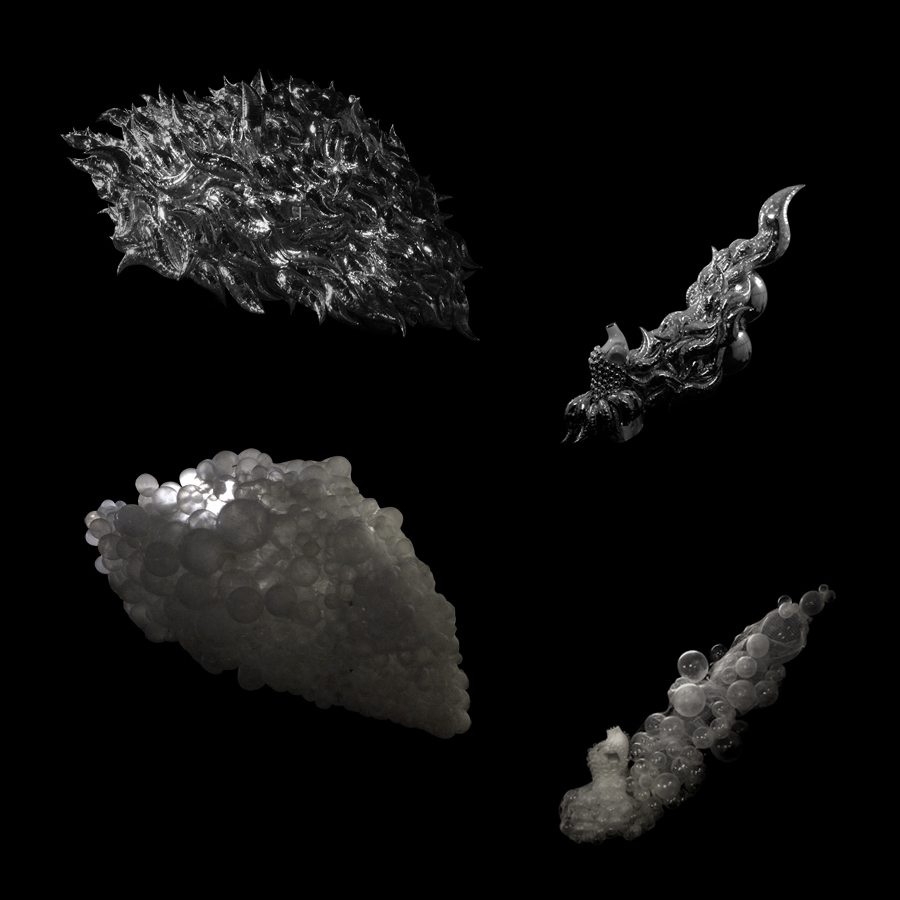